Today I am going to tell you about one more interesting type of dZi beads. This is a series of Tibetan dZi-amulets of cone shape. Also they resemble a canine tooth. By sight they look like well-known classical dZi beads. But – as if they are cut in halves… As a rule, this is an old agate etched with a prominent yellow tone.

There are two variants of such dZi beads. The first variant – when such halved beads were made by ritual. They were made in a canine shape on purpose – as additional powerful protection. The pattern, which resembles a half of the whole bead, was also made with a particular purpose. The missing half was considered to be attracted from the Heavens to its owner as all sorts of amenities. It means that your material half-bead will attract the energetic half as luck, money, chance…

The second variant of the halved beads of canine shape began to be made not so long time ago. Series of old prayerful beads, which had been stored for a long time, were collected in pagodas and holly places. Some of them got small spallings. They were ground to have the canine shape again and blessed as a powerful amulet.

The beads of both variants are alike in energetic properties. The only difference is that in the first variant such beads were initially made halved. In the second variant they were made from old amulets damaged by time.
Below is one of the variants of the halved bead. It is believed that this is a part of twelve-eyed dZi bead. But you can see only a half with six eyes. The other part can be attracted by the Universe as all sorts of amenities. This bead is made according to the first variant. It was initially made in a canine shape. 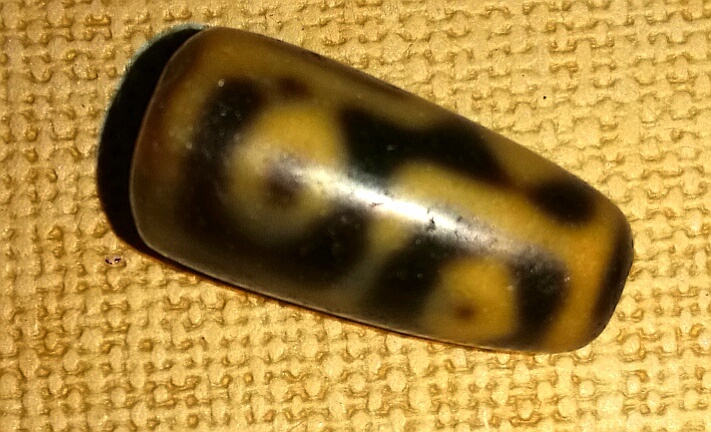 This eight-eyed bead (the picture below) got the spalling at the bottom. After that a halved bead was made of it (by grinding the spalled edge). 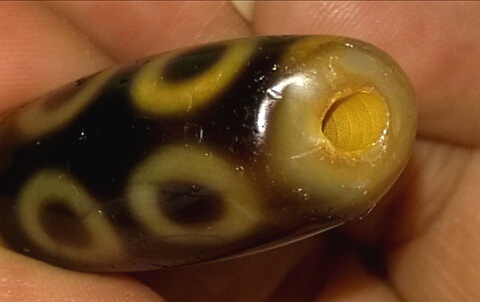 Nevertheless, this is a good sample. First of all, the bead itself is not new. It is deeply etched. The depth of etching can be seen on the spalled bottom. The pattern has the appropriate yellow tone.

By the way, there are integral dZi beads (not halves) of such type (see the picture below). This is a good Tibetan series. The stone is very beautiful. This is the classics of Tibetan dZi- amulets. 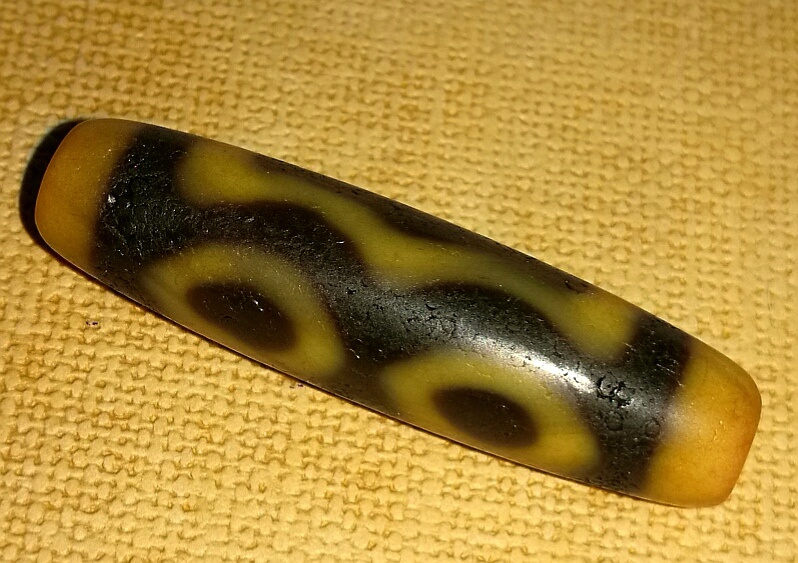