Under protection of Terracotta Army of Qin Shihuandi ruler.

With the emperor energy of prosperity and wealth…

Today I am going to tell you about one beautiful and bright series of Tibetan amulets. These dZi beads stand out against the agate beads and can be called terracotta or mandarin beads in different places.

They have a specific stone structure – agate baked in a specific way, when the etching parts (pictograms) and the ends of the beads, as a rule, look like “porcelain” after baking and the dZi body remains of familiar appearance – nontransparent dark brown or black color. But the most outstanding feature of these beads is unusual color of the etched pattern. It has terracotta-orange incomparable color. As in any series there are younger and cheaper items. There are also old beads. As a result, the price differs. 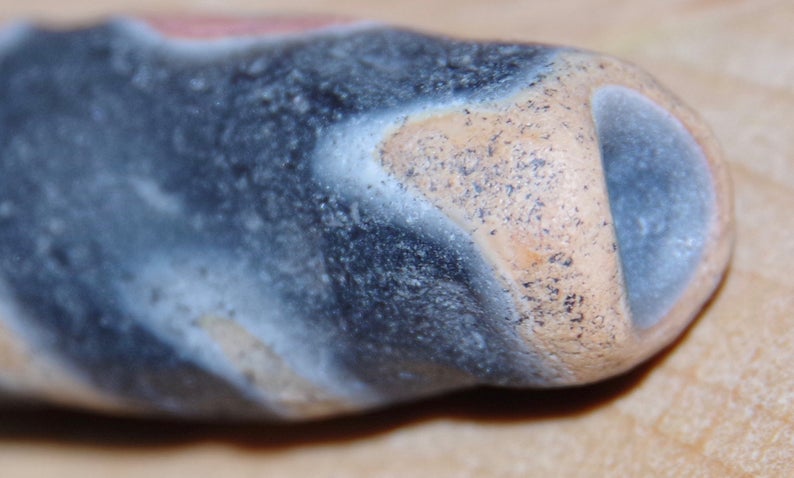 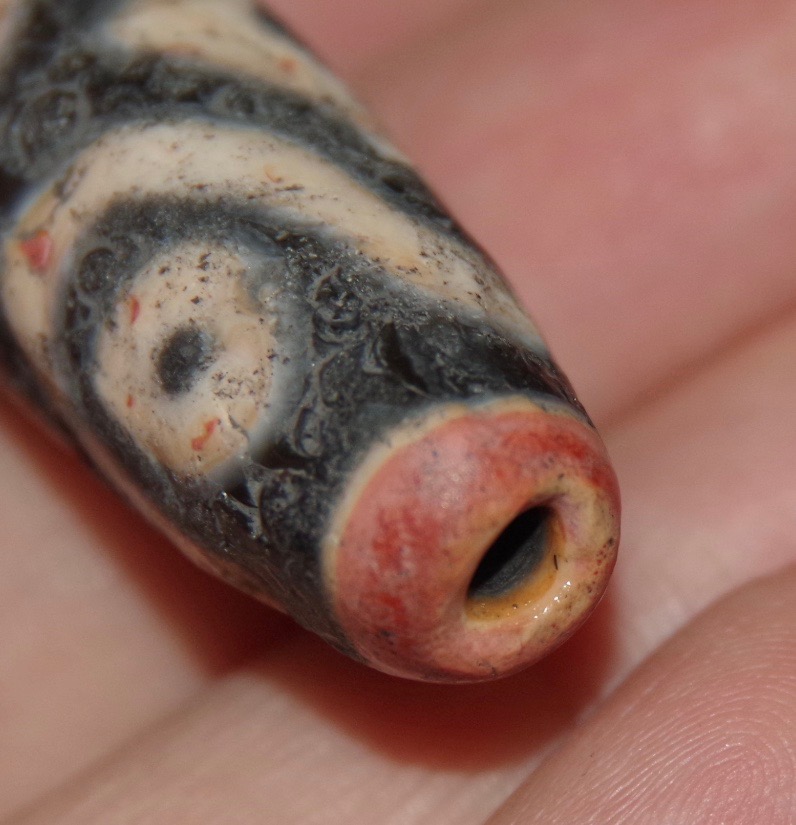 There is also a special series of such beads – they are never smooth, they look like the ancient items, they were made by means of ritual aging (some of them are really very old). Nevertheless, even they were subject to ritual aging long ago. It means that some rituals were performed (as bonpo shamans did), during which the bead should absorb “the energy of predecessors”. Some extra dents were made in the stone to create aura of ancientry around the amulet. Of course, such aging can be seen on rather young items of about 20 years old. 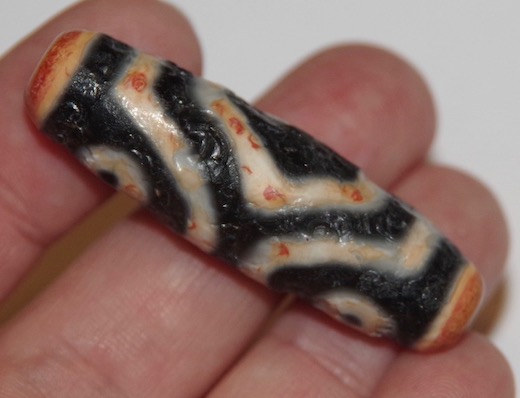 A simulation of the ancient terracotta dzi beads 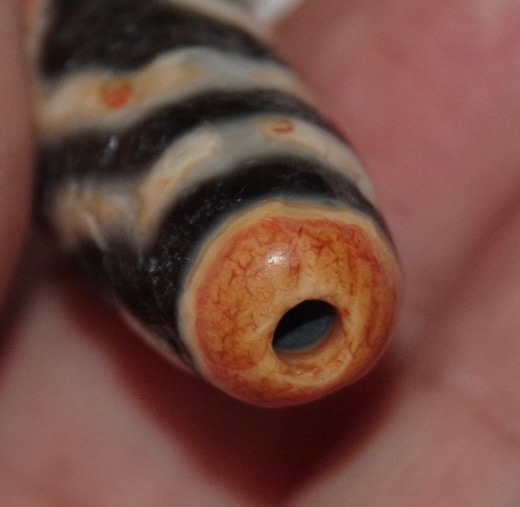 One of the legends says that this ritual is connected to the first emperor of Qin dynasty – Qin Shihuandi, who united China long time ago (in 210-209 BC). This is one of cases when dZi bead has a relation rather to Central China than to autonomous Tibet.

The first emperor of Qin dynasty left to his descendants the memory about him, which has been imprinted in the world history forever. This is one of wonders of the world – a famous Terracotta Army made of clay (Shaanxi province, Xian).

It was found to the east of Lishan mount. It included about 8000 of clay figures of foot-soldiers, horsemen and archers, which were different from each other (this number is not final, the digging is still in process). Each figure was made after a real warrior. The Chinese believe that each figure has a particle of spirit of a real warrior. 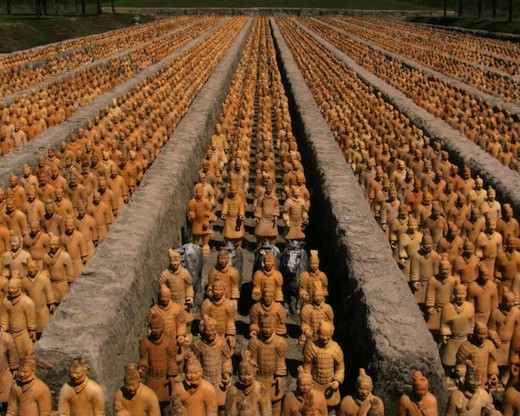 If you have a chance to get in Qin mausoleum and look at this army with your own eyes you will be surprised how alive these figures may seem. Some energetic spirit exists around this clay army. You can feel its energy. 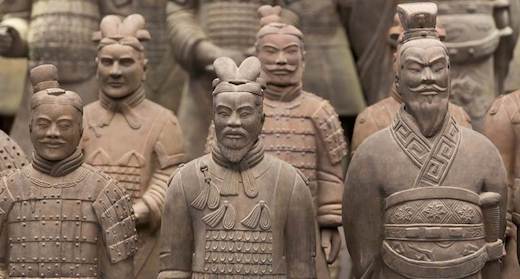 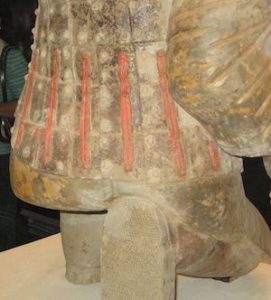 Long time ago these terracotta warriors were coated with paint. But this coating hasn’t survived to a present day almost absolutely. Nevertheless, you can see the fragments of old coating with orange-terracotta paint in some areas on the figures (of those shades, which the dZi beads provided in this material have). Some people think that terracotta dZi beads as such appeared not by accident. It is supposed that during digging near Lishan mount one of the locals found such mandarin dZi bead and decided that it was the message of Qin ruler and his Terracotta army from the other world. Nobody knows if it was true or not. But the thought about this possible ancient connection makes the heart soar. What was the contribution in ritual aging of terracotta dZi beads? As you can imagine, it is the power of those warriors of Terracotta army, their defense, their resistance to malign forces. 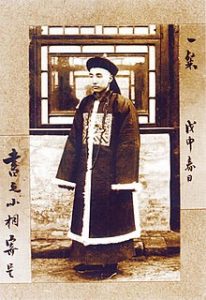 At the same time the bright mandarin color has the sense too. First of all, mandarin is connected with bureaucrats. Mandarin is the name of bureaucrats in emperor China. After the Portuguese “mandarin” means minister, after the Sanskrit “mandarin” means commander, it also corresponds to the Chinese word guan (官). The emperor mandarin of Qing dynasty (was the last imperial dynasty of China) is on the picture at the right. But not to be confused with the Qin dynasty, the first dynasty of Imperial China, which is mentioned at the beginning of the text. This example shows the significance of mandarin and orange color in China.

The mandarin itself is considered to be the symbol of wealth, well-being and prosperity in the Heavenly Empire, and of course, it is the fruit of positive and sunny mood.

This is your Terracotta bead… 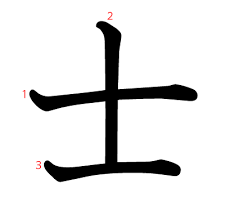 So, you are the owner of Terracotta bead. You may have it on hand or wear on your body. If you have an old dZi bead with ritual aging your collection is supplemented with an interesting item. Smoke the bead with sandal fragrance. Draw hieroglyph Warrior (see the picture at the left) on the bead by means of chalk. Put it in Artefactor to be energized (or you may energize it by your own method). Doing it, ask for the power of emperor Terracotta army to protect you. In future you may keep the bead in sand for some time (have the little bag with common sand, the sand from the place of power is much better).

This bead is considered to have effects in different ways depending on the situation. It may protect you (more often), attract material benefits or carry the meaning which is hidden in etching pictogram. As a rule, these energies cannot work simultaneously, they should alternate. 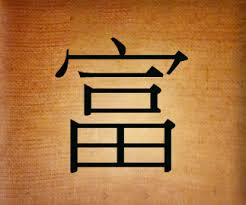 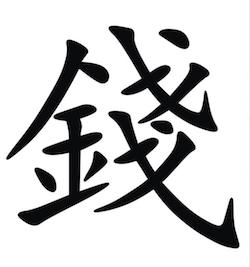 This is mostly a powerful bead of protection. As soon as you got it, anyway, you should begin with drawing the hieroglyph of Warrior. Do not apply any other symbols during 3 months at least. The applied symbol will be seen only during the ritual (draw it with chalk), then it will disappear, this is normal. You shouldn’t apply the symbol forever. You need only the symbolic energetic pulse.

One more peculiarity. You should keep such beads in sand from time to time. Also you may use clay. I saw one of the owners of such series coated one of terracotta dZi beads with clay, when the clay became dry he removed the clay coating. This man believed that he “kept in touch with terracotta army of Qin emperor”.

These are the legends connected with some series of dZi beads. It is interesting that due to these legends we have to deal with ancient history and learn interesting facts about the lives of the people of bygone era.