There is one more secret place in the northeast of China, about which there are a lot of legends. It is as famous as the Himalayas in Tibet.

An ancient civilization engendered 6-7 thousand years ago in the Huanghe river basin is nowadays famous by its Hongshan Neolithic culture. Especially the place between Inner Mongolia and present Liaoning province became famous by it.

Hongshan culture being the culture of daily existence disappeared thousands years ago. But its reminiscence has left its mark not only in the Celestial Empire…

The secret articles of the masters of this civilization are still admired. They are argued about. They are investigated. People look for the answers to the undiscovered questions…
It is Hongshan culture that gave birth to many greenstone and meteorite articles. Especially aerosiderite articles (iron-stone meteorite alloys).

These articles have left the mysterious mark in the history of mankind – the riddle which has not been solved yet. This is the only place in China where feng shui and Buddhism interlace in a strange way with something else… For example, the pyramids were built here like in Egypt. There are many pictures on old fresco paintings resembling the Egyptian ones. Among the greenstone figures there are very strange ones….deities? or people? Or maybe the representatives of other civilizations?

There are a lot of argues and investigations concerning them. The figures with strange heads and poses. The example is below. 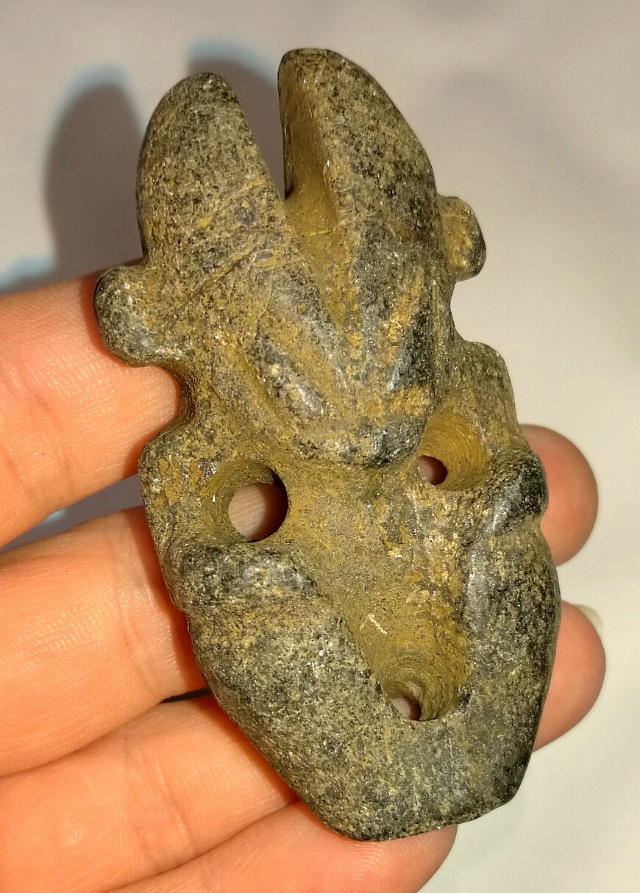 This is a famous sample of Hongshan culture piece of work, called Sun-god… Even scientists and investigators still do not know how this deity appeared. Some of them think they speak about Sun-god (like Ra in Ancient Egypt).
Other scientists are sure that the history of the figure appearance is connected with shamanism. During the rituals shamans wore special fearsome masks to wade off evil spirits. Afterwards Hongshan people are thought to begin making such figures of shaman in mask as amulets. Nevertheless, some scientists make a challenging hypothesis that in this case the image of this unusual deity is copied from the representatives of ground civilizations which could appear here for their purposes.

It is no coincidence that there are a lot of meteorite articles in Hongshan culture. Hongshan people were very passionate about space bodies and the places of their falling.
Nobody still knows how it really happened. But Hongshan culture will remain one of the most important historical cycles in China life. You will certainly meet the pieces of this history in any part of the Celestial Empire. In the form of figures first of all. By the way, it is China, Hongshan, where the cult of Dragon was born. In Hongshan articles there are many figures with dragon heads. Sometimes they are specific, with circinated tails… 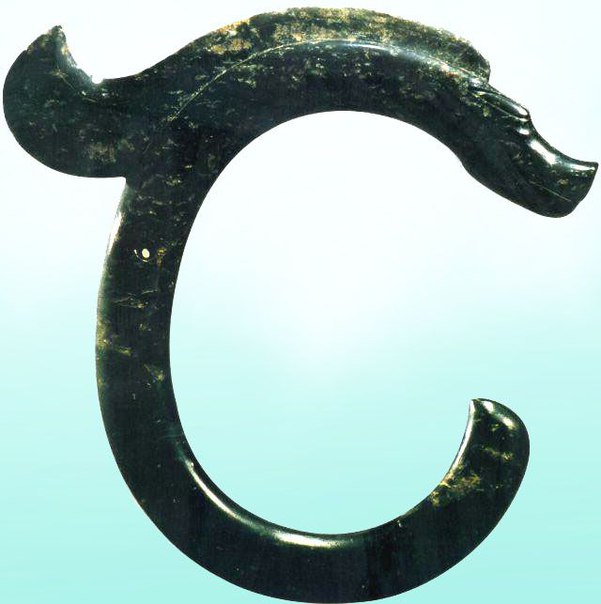 History reference
Hongshan societies, dated between 4,500 and 3,000 B.C. in the Liao and Daling river valleys in northeast China, are also known mostly from burials and monumental architecture. Unlike Yangshao, Dawenkou, and Daxi societies, massive walls, moats, and elaborate residences are unknown. As in Songze societies, public architecture was ceremonial, and elaborate burials with symbolic offerings were placed within these monuments. Such remains are concentrated in a “core zone,” including the sites of Niuheliang, Dongshanzui, and Hutougou. Most public buildings are low platforms with multiple circular or square tiers providing elevated spaces suitable for ceremonies. Sometimes hundreds of painted pottery cylinders were incorporated into these platforms. Central burial crypts and smaller slab graves contained offerings almost exclusively of jade: elaborate carvings of supernatural themes, bracelets, cuffs, hair tubes, and ear ornaments. These offerings, and the conspicuous absence of utilitarian objects, suggest ritual specialists . A unique wattle and daub structure at Niuheliang with a life-size female statue has been labeled the “Goddess Temple,” and nude, pregnant female figurines have been recovered from other platforms. The Hongshan core zone, then, is distinguished by the largest and most numerous platforms, several unique public structures, and almost all known burials with elaborate jade carvings.

On July 3, 2012, a group of archaeological workers excavated a 55-centimeter-high potter figure at the Hongshan Culture Site in north China’s Inner Mongolia Autonomous Region. The potter figure is coroneted and sits with the legs crossed.

The potter figure can date back to 5,300 years ago and it may be a Wizard or a King in the late period of Hongshan Culture.

Now in the shops of East Asia, most of the figures made of  so-called meteorite jade can not be referred to the truly ancient figures of Hongshan (the age of which is 2-7 thousand years ). These are more modern pieces. It would be more correct to call them products “in the style of Hongshan culture.”
In one of the following materials, I will talk about such modern figures in more detail and show the different types of figures (in a stone cut ). Then much will become clear to you concerning the prices and cost of this or that type of Hongshan products. 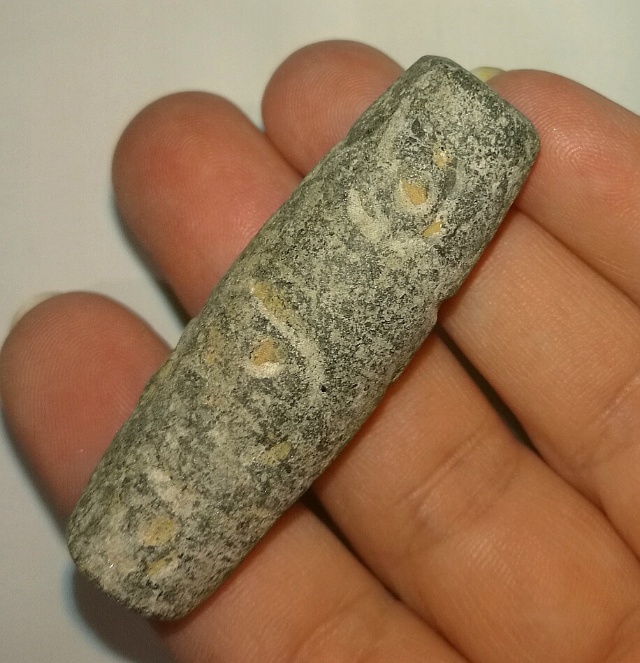 8 thoughts on “The secret Hongshan culture”