Among various magic and secret places which we learnt from books and stories there are such places which you can really visit and test their magic yourself. I am going to tell you about one of such places, which is located in full of secrets Tibet. This is Shangri-La. 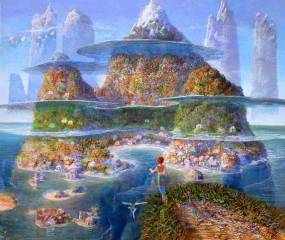 For the first time people learnt about Shangri-La in 1933 when “Lost horizon”, a novel by James Hilton, appeared. But the book was telling about fabulous country which Hilton imagined himself when he was reading in magazines the stories by Joseph Pock, a biologist, about full of adventures expeditions to Yunnan and Tibet. Nevertheless many people realized that behind the new name the most desirable place on the Earth is masked. This is Shambala: a legendary country of paradise from Buddhist legends without wars and suffering.

Sikkim, the Indian state, informally bears the name of Shangri-La. The region on Saturn’s satellite also has the same name. Nevertheless today it’s not a secret that Shangri-La really exists. It is located in Deqen Tibetan Autonomous Prefecture of People’s Republic of China between provinces of Sichuan, Unnan and Tibet. Its name is translated from Tibetan language as “Shang mountain pass”, in which “Shang” is the name of the region to the north from Tashilunhpo Monastery, “ri” means “mountain”, and “la” – is “pass”. Nevertheless the Tibetans prefer another variant of translation: they say that Shangri-La means “the Moon and the Sun are in the heart”. In Chinese this name sounds like “Xiang-ge-li-la-xian”. 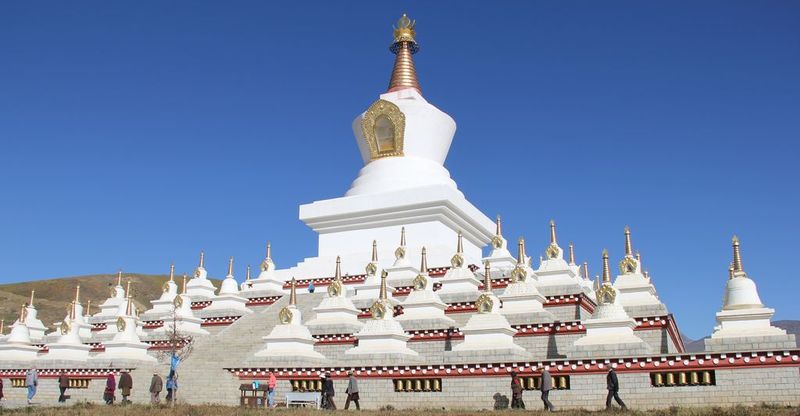 Shangri-La parish is known under another old name – Zhongdian. Besides, its capital, Jiantang, is sometimes called so. But more interesting thing is if you want to visit Tibet, you will inevitably get to Shangri-La! Not only because of highway going through the parish to Tibet, but also because this is the place, Deqen airport, where tourist planes arrive.

Imagine the endless plains with mountains tipped with snow on the horizon, a lot of river meadows with milk fogs over them in the mornings. And growing from the fog gold roofs of old monasteries – visible guardians of holiness of Shangri-La…Isn’t it that Pure Land, the Buddhists pray for? 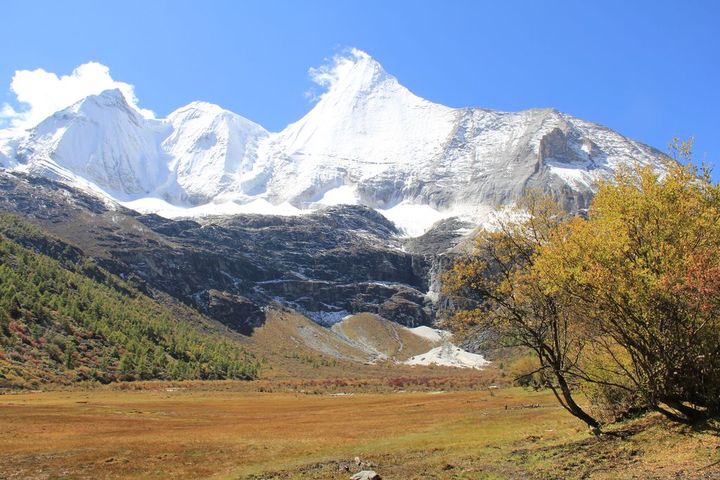 Three holy Chinese rivers – Yangtze, Mekong and Salween begin here. National Park “Three rivers” located here got its name after them. In their valleys there are rare plants including medical, many of which remain in absolute purity of Tibetan mountains. Here also a magic “living” Cordyceps grows which cures thousands of diseases. Here are deciduous forests, coniferous forests, relict trees and Alpine meadows, White Water Terrace… And over this fascinating magnificence there is the peak of white-snow holy mountain Khawa Karpo, around which pious pilgrims have been performing devotional kora for 600 years to achieve purgation.

There are really a lot of pilgrims: the Buddhists acknowledge Shangri-La the true Shambala, pure Buddha’s land, his Earthen realm. Buddha is everywhere, not only in the hearts of believers. First of all Buddha is in landscape! 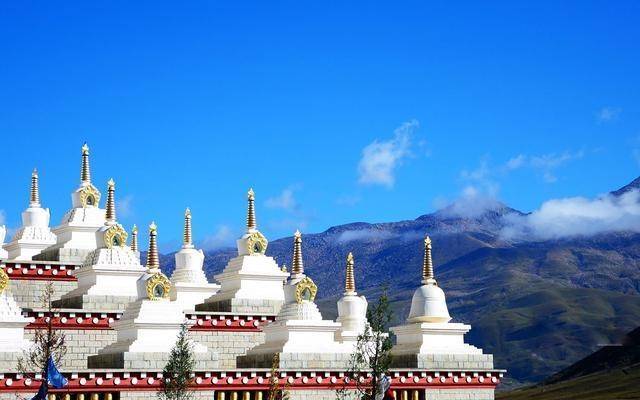 Primarily this is mountain Khawa Karpo, in which Chenrezig, a merciful Buddha is embodied. The mountain has three peaks: north peak is Avalokitesvara, bodhisattva of Mercy, south peak is Manjushri, bodhisattva of Wisdom, east peak – is Vajrapani, Defender of the Faith. “Three always covered with snow mountains” or “three gems” – how people call them here. These peaks were dedicated by Padmasambhava himself, that is why they are twice holy for each Tibetan. That is why climbing is prohibited: you may only reverently go around them. Tibetans believe that if to do it once, all your sins will be forgiven, and if to do it three times then you will get good embodiment in future lives. 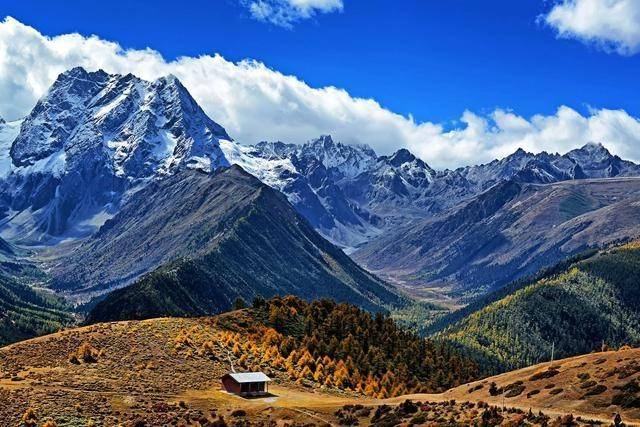 In Moon valley at the foot of the mountain there is the gate to invisible Shambala, which people are always eager to find and which always escapes. If you appear here on the 15th day of the fourth month according to Tibetan calendar, you can become an eyewitness of miracle: you can see how white waters flow from invisible gate. The center of the valley is the field, named Lochjun: this is the most powerful place, the center of invisible energies of Shangri-La. A little farther there is Milk Lake which not only treats for deafness but also fulfills wishes! 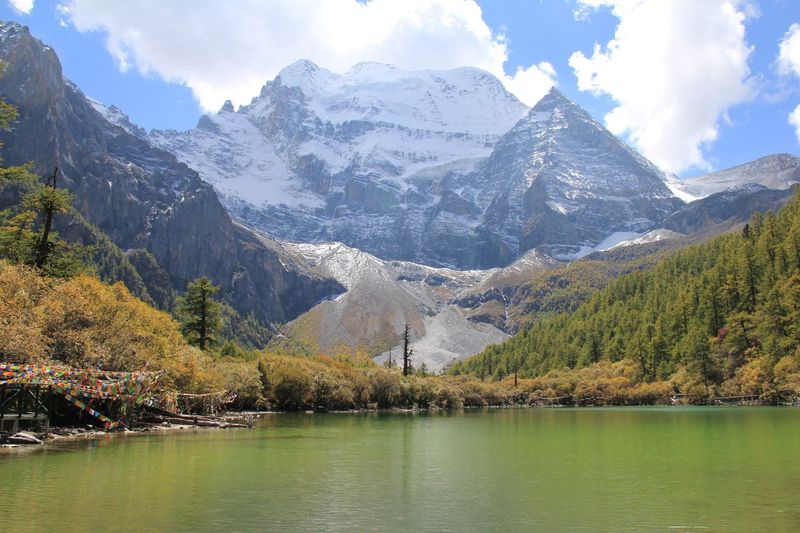 There is a five-colored lake behind it, which can show you all your embodiments in last and future if you have the Faith in your heart. If you go a little farther and turn in Chenrezig mountain direction, you can see the mountains named after his female hypostasizes: Green Tara and White Tara. On the same way there is Pearl Lake which not only treats for eye diseases but its waters are capable to open the mind’s eye of a person by which he will see the truth. 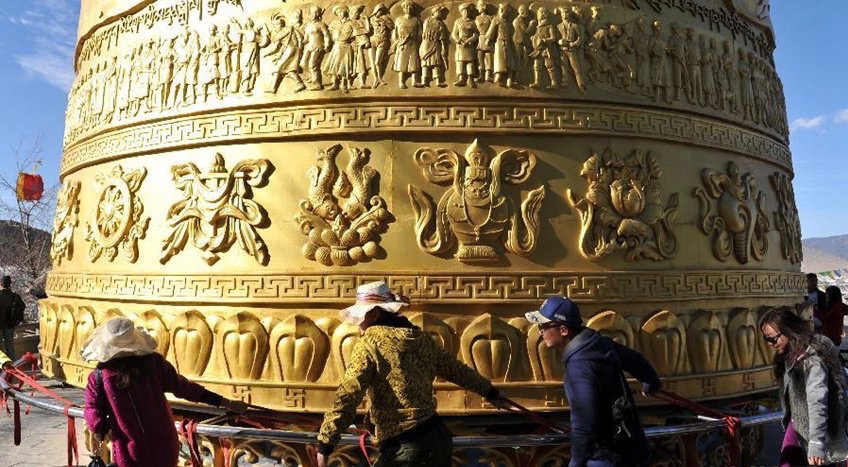 The place with all these miracles was described in the book by James Hilton, mentioned at the very beginning. Well-informed people recognized Shambala in his story by these features. If you read this book you should remember what it begins with: once upon a time Shangri-La gate opened to seclude four Europeans from the chasers’ eyes who were within sight of death from rebellious Afghans. Hilton told that at the moment of desperate need, when the question is to live or to die, Holy Land is capable to open for those who is looking for refuge…Who knows, maybe, the gate of Shambala hidden in Shangri-La will open for you if you open your heart and let the Sun and the Moon in… 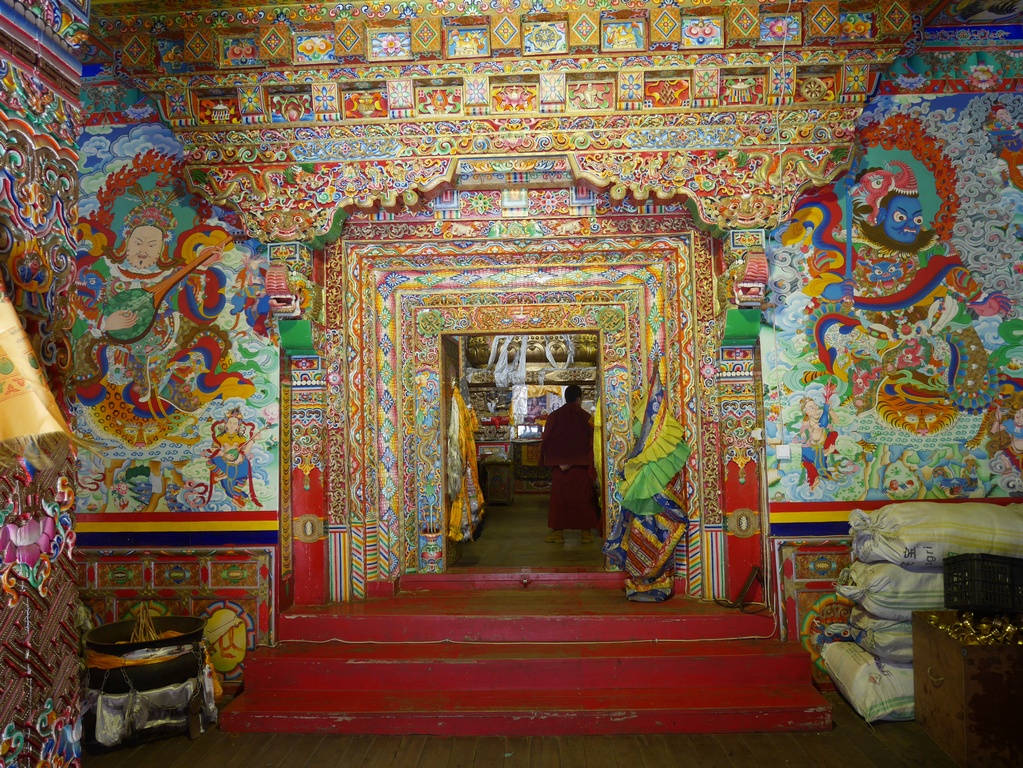