To attract money energy and financial luck masters use combination of stones and amulets, intertwisting them in fantastic manner to mantras, prayers and magic spells.

Citrine, tiger eye, cairngorm as well as zoisite consider to be the most popular minerals for the prayer beads amulets carrying money luck. The most expensive of them is citrine. Nevertheless, most citrines in China now are neither more nor less than cairngorms. In Eastern Asia all the cairngorms are also called citrines.

Golden rutile hair quartz also has the strong energy of attracting money luck. But its cost is very high – even if it is a cultured stone.

It is interesting to note that there are types of energetic money prayer beads amulets which are relatively not very expensive. For example, “Goldstone” beads which are divided according to color into golden-yellow “Gold sand” beads, blue-black “Blue sand” beads and green-black “Green sand” beads. 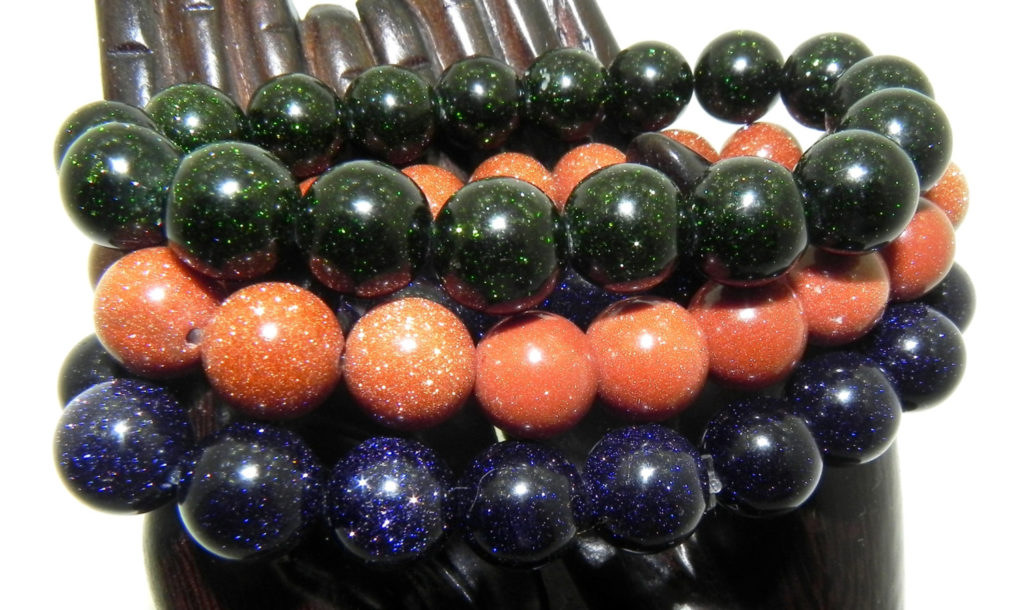 I’d like to tell about Goldstone separately. In general such beads are represented as natural goldstones by mistake. Nevertheless, it is not correct. Natural goldstones of such types do not have such distinct and bright sparkling dots. This type of article can be referred to aventurine glass. Nevertheless, “Goldstones” are also considered to be the beads carrying Luck energy. The reason is the legend of Goldstone occurrence. 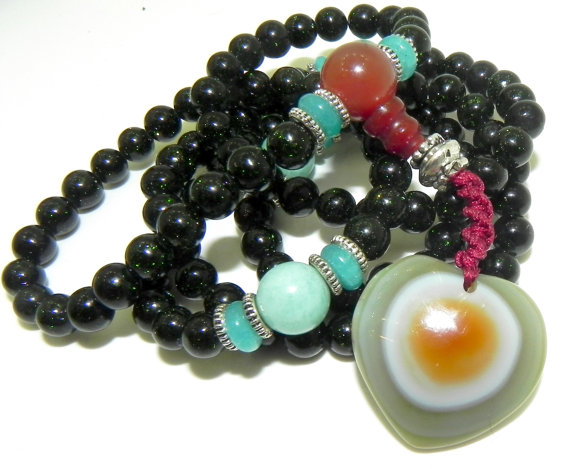 Nevertheless, such beads contain the natural materials too. They have inclusions of chrome, copper and other ferrous crystals. Goldstone is believed to be the talisman of “good luck”, “good chance” and “money luck”.

Masters, who make energetic prayer beads, know that they can make prayer beads of Goldstone of all kinds, which will attract luck in different spheres including financial. The principal thing is to add necessary details to sparkling beads. Natural stones and amulets with money energy are essential. 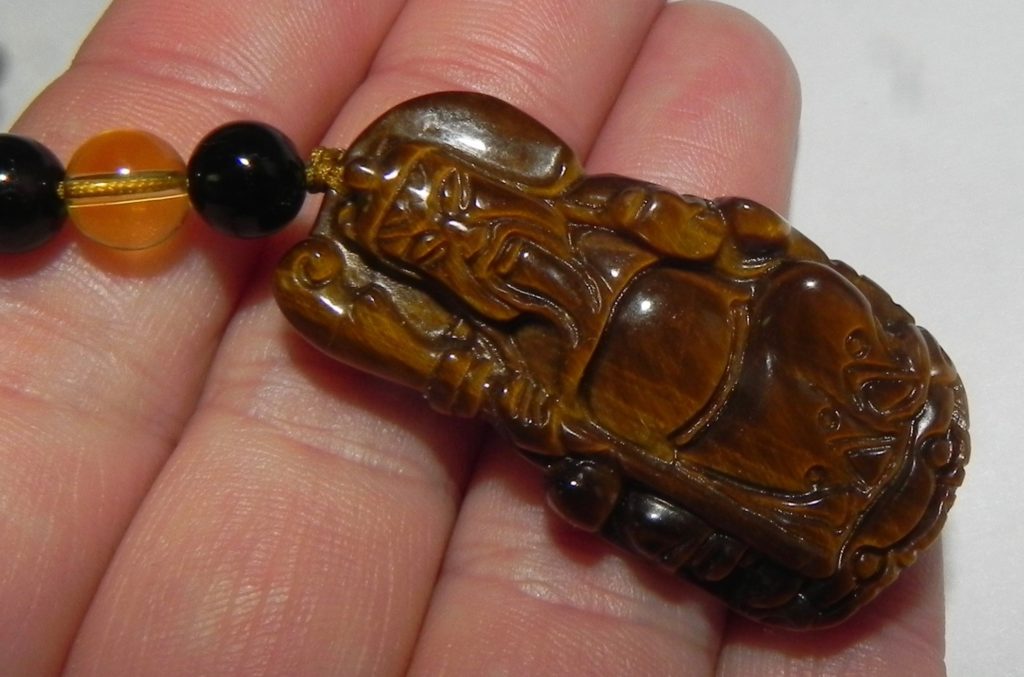 By the way, additional details are very important in money prayer beads. Especially pendants-ends. Very valuable prayer beads are as follows: the prayer beads with carved dragon-like dog Pi Yao (Pi Xiu), sitting on the coin as well as the pendant in the shape of God of wealth (Kubera, Ts’ai Shen and others), Dragon on the pearl, Tibetan amulets with money energy (9-eye dZi bead or Money Hook dZi bead, for example). There are some more secret components including nonmaterial. These are energies and rituals which the master is performing when making prayer beads. These are the methods which the master transfers to his students in the future. 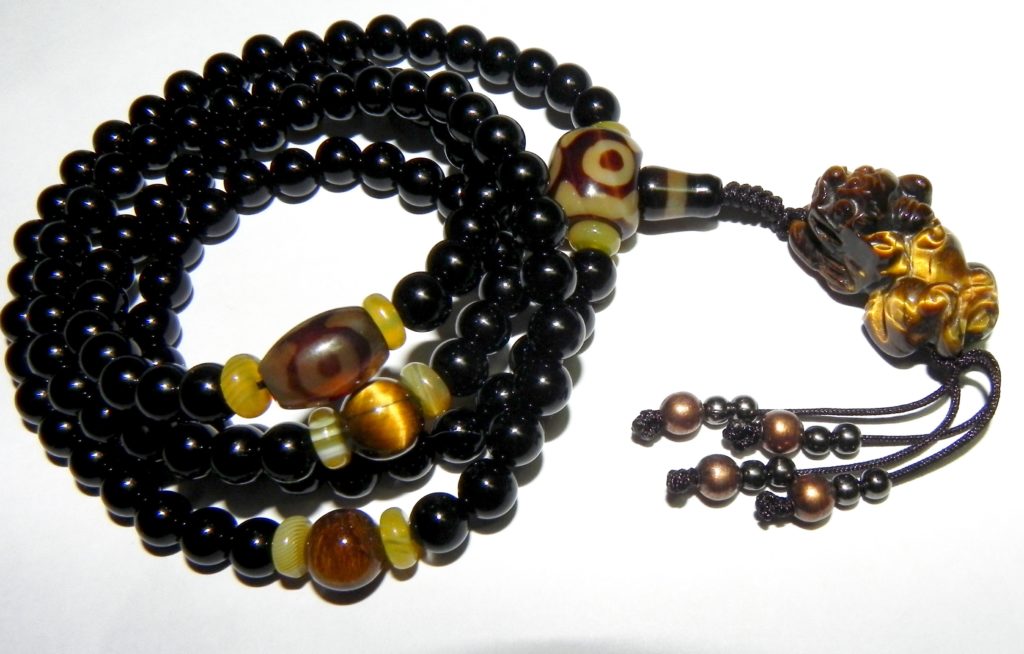